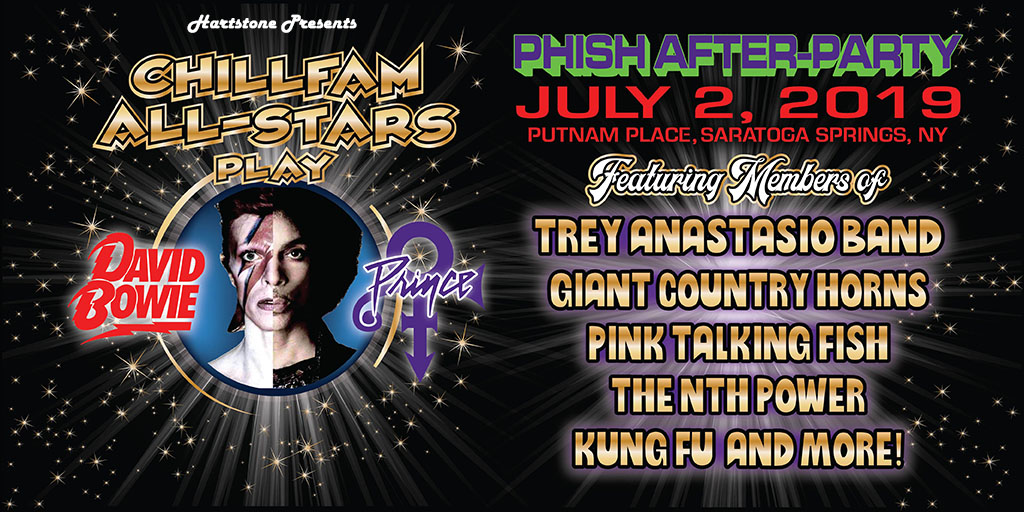 Come join us for a special Phish after-party with the ChillFam All-Stars, as they pay tribute to two musical legends: Prince & David Bowie. The band will feature members of Trey Anastasio Band, Giant Country Horns, The Nth Power, Kung Fu, Conehead Buddha and the Machine and will be sure to keep the party going into the wee hours.

ChillFam Allstars was created by Pink Talking Fish bassist, Eric Gould. It started at The Catskill Chill Music Festival with a tribute to Herbie Hancock and then Michael Jackson. The Michael Jackson show continued post Catskill Chill Festival with annual Phish AfterParty performances in New York City. Prince Bowie is the 3rd installment of ChillFam Allstars and this performance in Saratoga Springs is the debut.