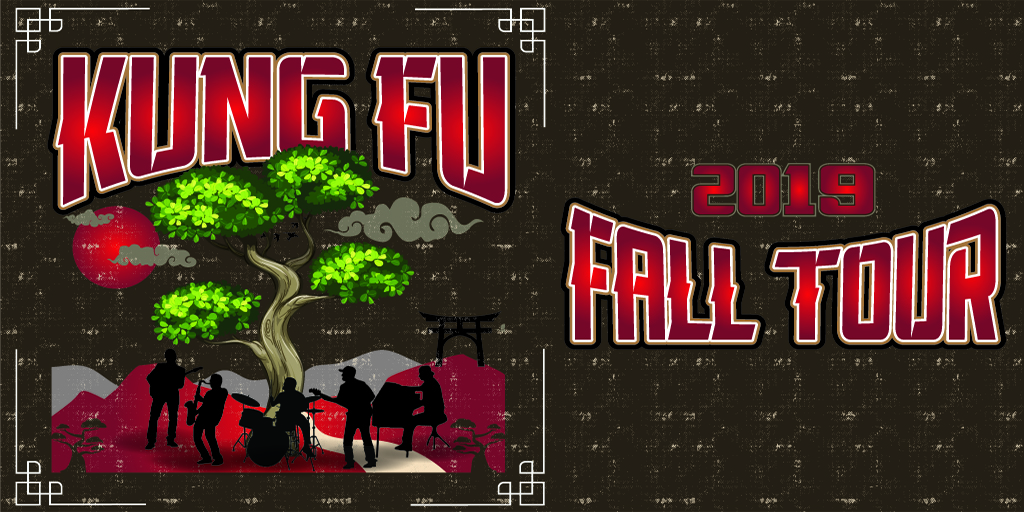 Proud to be firmly installed in the new-funk movement, KUNG FU is quickly popularizing their unique sonic contribution, blurring the line between intense electro-fusion, and blistering dance arrangements. Making fusion music "cool" again, the band draws on influences such as early Headhunters and Weather Report, and merges those ideas with a contemporary EDM informed sensibility. Imagine 70's funk-fusion meets a modern dance party!

Although the ensemble cast enjoys a seasoned pedigree that reads like a late-night summer festival all-star jam, this fledgling "nu-sion" project is growing a unique and rabid following by commanding audiences at theaters, clubs, and major national festivals since 2012.

The powerhouse quintet's live show has been described by critics and fans alike as "lethal funk", "explosive", "jaw dropping", and "musically mesmerizing". For the uninitiated, the experience is typically shocking yet the focus is simple: just sit back and enjoy the ride!

Boston-born, New England based quartet Strange Machines have been steadily making a name for themselves in the East Coast jam scene. What started as a band focused on rock and reggae has slowly melded into a true melting pot of musical fusion, with sounds catering to funk, livetronica, heavy rock and a multitude of other genre’s, all while stringing them together seamlessly to create a fluid and captivating live performance. Their original songs are nuanced by creative composition, practiced precision, and a looseness that allows them to truly explore the music they create.