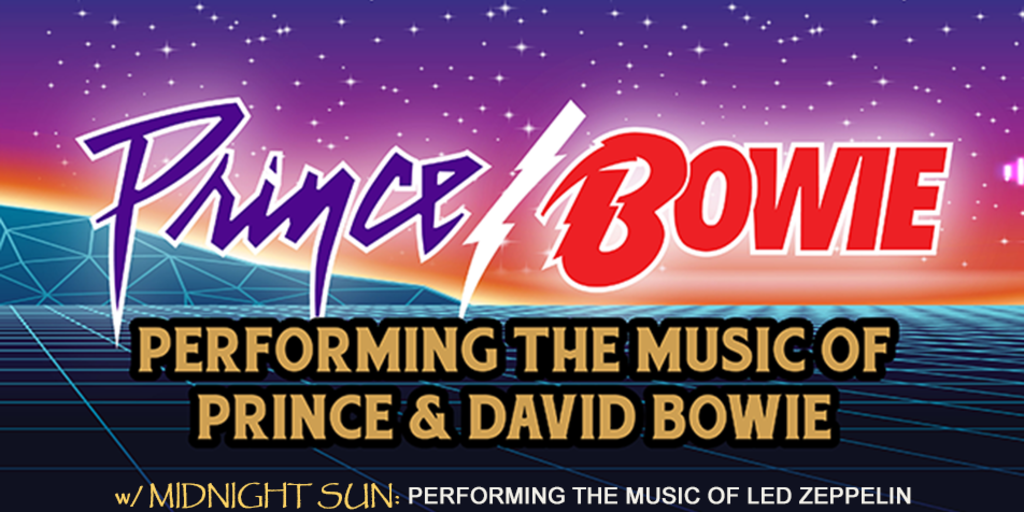 This act started as a special extra performance at The Catskill Chill Music Festival in NY and featured all the members of both Pink Talking Fish and Kung Fu. Members of Turkuaz also joined in the fun and it was a huge success. The same members also performed this at Wanee Music Festival in Florida.

Since then, the band has performed with different lineups at theaters and festivals. The mix of the Prince and David Bowie songbooks blend beautifully and an extra spice is added with master composer, Matt Wayne, creating unique horn arrangements that enhance the music in a special way.

Here is what a setlist of Prince/Bowie can look like: Let’s Dance > 1999, Fame > I Wanna Be You Lover, Under Pressure, Kiss, Space Oddity > D.M.S.R., Moonage Daydream > Purple Rain