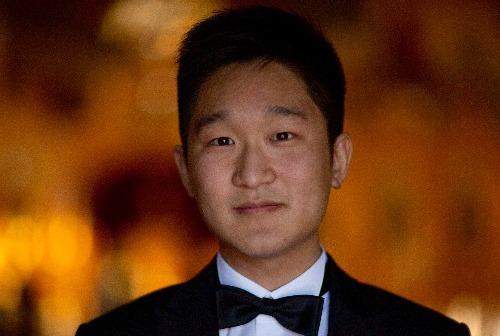 Heralding from a sold-out final concert from 2017, Friends of Music Series return in 2018 with a stellar lineup of top Melbourne emerging musicians, boasting from a variety of styles ranging from classical, folk to jazz and contemporary performances.
In our last and final concert day in November, we welcome pianist Raymond Shon.

About the Artist
Raymond was born in Korea in 1991 and moved to Australia in 2003. He completed his Bachelor of Music Degree with Honours from the  Melbourne Conservatorium of Music in 2013. During this period he was also Organ Scholar at Scots’ Church Melbourne. In 2017 Raymond graduated from the Sibelius Academy, Helsinki, Finland, where he obtained his Master of Music in piano performance. In addition to his piano studies, Raymond is experienced as an organist, conductor, composer, accompanist, harpsichordist, researcher, orchestral keyboardist, chamber musician and piano teacher. Apart from listening to and reading about music, Raymond's other interests include: mechanical wristwatches, walks with the wife, and good food. In 2014, Raymond was the first to perform Ferruccio Busoni’s Six Elegies in Melbourne, and in 2016, he curated and performed in a concert to commemorate the 150th anniversary of Busoni's birth. The concert was recorded and broadcast by Finnish national radio YLE1. Raymond’s programme notes written for the concert were translated and also used in the broadcast.
About the program
Watch this space!
.............................
About the 2018 FOMS
Concerts at St. George's proudly presents the 2018 FOMS, showcasing top Melbourne emerging musicians!
Concerts at St. George's is voluntarily managed by a team of musicians with the vision to establish St. George’s Anglican Church in Travancore as a new music performance venue in Melbourne’s inner northwest. Aligned with this vision is the annual Friends of Music Series (FOMS), showcasing top Melbourne emerging musicians.
Your support for the local arts scene will be tremendously appreciated, with all proceeds from the 2017 FOMS concerts directly contributing to further enhancing the performance space at St. George's. The proceeds will also speak volumes for continuing the fundraising spirit for the Moonee Valley City community, and for continuing the vision for quality, affordable concert-going experiences for the local communities.
Stay tuned for more updates at www.concertsatstg.org!
The 2018 FOMS is proudly supported by CutCommon Magazine.