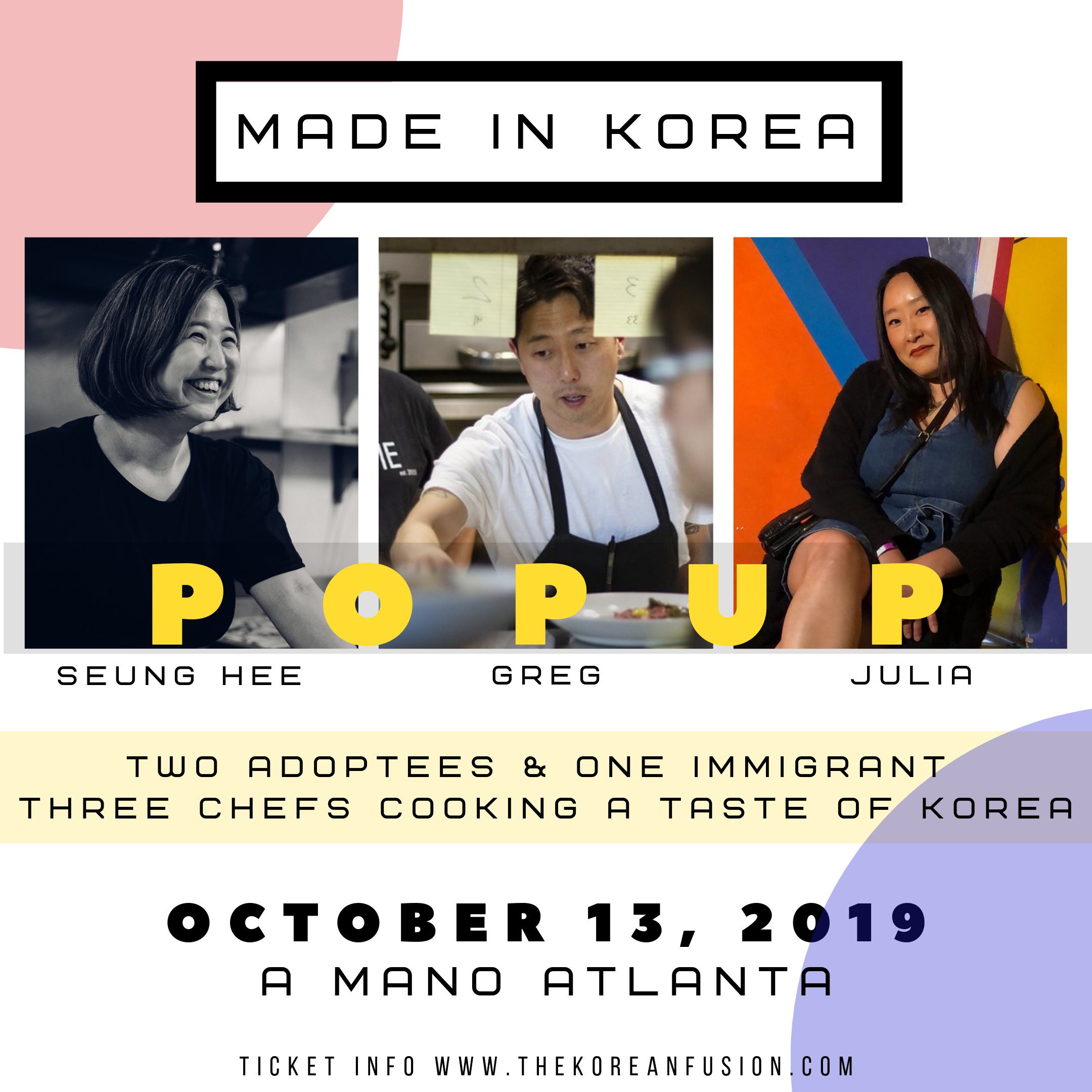 Two adoptees (Greg & Julia) and one immigrant (Seung), three chefs will be cooking dishes that reminds us of Korea. A taste of Korea, our way.

We are very excited to host Greg Norrish (his Korean name is Ahn Yeoung Keun) join us. A little bit about him!

"Young Keun was born in Seoul and adopted to the US. He spent over ten years in California working in restaurants, large scale kitchens, and farms. In 2017, he went to Seoul on a heritage trip for adoptees and decided to move to Korea to explore his identity. While in Seoul he helped laungh restaurants, developed menus, and took the time to better understand his relationship with Korean food through his own identity. His reflects his identity - someone who will always be between the two countries he loves and calls home.

He is currently planning an international tour of collaboration dinners from September through November."

That's right! He is making a stop to ATLANTAAAAA! How exciting is that!

Oh, and you know Julia! She is our Atlanta's finest!! A little bit about her,

Julia is a Korean adoptee, born in Seoul and raised in northern Michigan. Her adopted family’s roots are in Lithuania, Germany, Scotland and England to name a few. Growing up, her grandmother taught her to make pierogi, borscht and latkes — but her interest in cooking didn’t really blossom until college. She devoured everything she could about food - both figuratively and literally.

Relocating to Atlanta in summer of 2009, Julia attended the Art Institute’s culinary program for one year before dropping out and focusing full time on food development and catering for Octane Coffee. Since leaving Octane in 2017, she’s maintained several private chef clients, catered events small and large, collaborating with Seung Hee on many Korean-inspired pop ups and most recently joined forces with Moveable Feast ATL.

Our common denominator [KOREA] will be the theme of this pop up. Be prepared for an emotional and unforgettable journey through food. We are so very excited to share our love and passion with all of you.