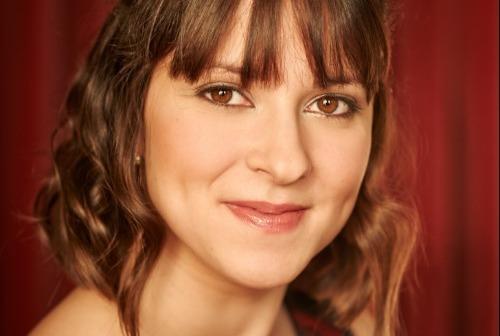 FOMS is an annual fundraising music project supporting emerging musicians with a concert opportunity, as well as fundraising for relevant artist opportunities, in partnership with St George's Travancore (who provide delicious refreshments following every concert)!

50% of your ticket money goes straight to your FOMS performer

25% supports our 2019 FOMS fundraising goal: A professional digital recording session for each of our seven FOMS performers (valued at over $2800).

Look out for 3MBS appearances, Facebook live-streaming, CutCommon and Rehearsal magazine write-ups, and other exciting activities happening for 2019 FOMS.

Her first CD was released in 2016 with Willowhayne Records, and was quickly picked up by British Airways for their in-flight entertainment system. It was praised by eminent pianist Jean-Efflam Bavouzet who said:

"After listening to this CD of Yasmin Rowe, it is refreshing to hear music played with conviction, love and authenticity. We can therefore enjoy the pure beauty of these masterpieces under her inspired fingers. Her playing calls for respect.”

Her second CD, “Y2” was released in 2017 with her cellist Yelian He – it too was quickly picked up again by British Airways.

Yasmin is active as a chamber musician in Melbourne, and is a member of ‘Collide’, an exciting new Saxophone trio with Joseph Lallo and Yelian He, and ‘Rock Paper Scissors’- a piano trio with Wilma Smith- renowned violinist.

She frequently performs with cellist Yelian He; they formed the successful piano/cello duo “Y-Squared”and together they won competitions such as the Royal Over-Seas League String Competition and the Australian Cello Awards (now amalgamated with the Young Performer’s Awards).

Yasmin toured the UK in April 2018 including Hampton Court Palace in London.