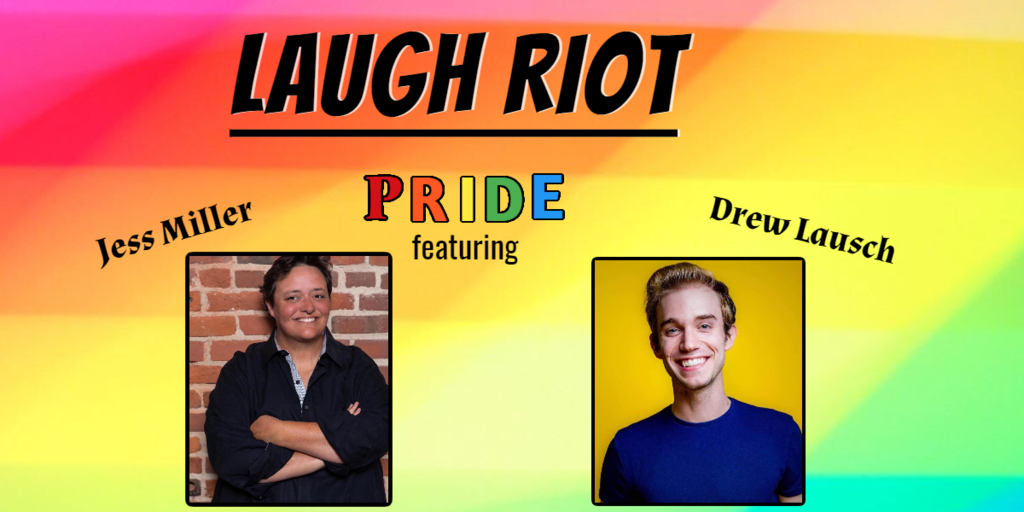 Carmela's on the Extension

A perfect night out!

Then two stand up comics take the stage to make to chortle, guffaw and yes, laugh.

How much better could it be?

Jess Miller is a spontaneously energetic comedian and a crowd favorite from her home town in Massachusetts to the Sunshine state of Florida. She loves breaking down barriers and making people laugh with her amusing observations about being gay in America.

Jess has performed at the Women in Comedy Festival and placed 3rd at the Devil Cup Comedy Festival in NYC. The only time Jess actually won a contest was singing “My Life Will Go On” against a 9 year old in a karaoke contest.

Drew Lausch is a Brooklyn-Based Comedian, Writer, Producer, Actor, and an “Over Sharing Flirt” (NY PRESS) originally from Fargo, ND. He recently released his debut web series, “SUGAR BABY WEB SERIES” which he produced, wrote, and starred in. The series has garnered over 70,000 views on it’s YouTube page with “Humor of the Darkest Variety” (Queerty.) Drew co-produces and hosts Haus Party, a Queer Variety show that’s been written up in The New York Times and been described as a “Queer Spectacle” (TimeOut NY.) Drew performs regularly at New York Venues such as Chelsea Music Hall, Public Hotel, The Bell House, Union Hall, West Side Comedy Club, and Stand Up NY with his “Strong, Hilarious, and Provocative Point of View. (Dallas Comedy House.) He filmed an episode of MTV’s Singled Out, at the beginning of 2020 and is unfortunately and tragically still single.