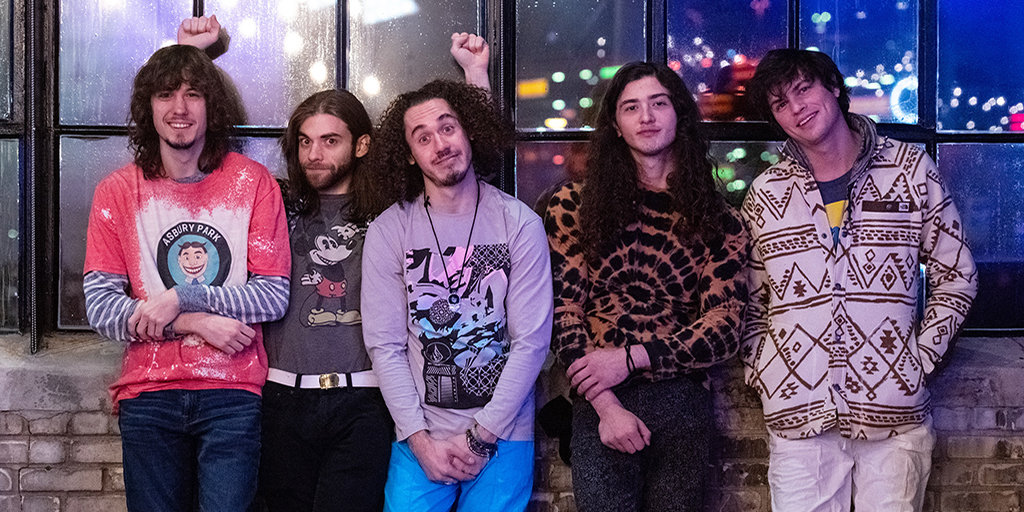 Dogs in a Pile w/ Escaper

The sandy shores of Asbury Park, New Jersey are hallowed ground in the northeast; the rolling waves have ushered generations of venerated musicians to worldwide acclaim. Dogs in a Pile, an eclectic quintet, has emerged as the heir apparent to the town’s rich musical legacy. Merging funk, jazz, and rock and roll with psychedelia, the quintet presents a completely original vibe built on kaleidoscopic soundscapes eerily reminiscent of the days of yesteryear.

Dogs began when Philadelphia University of the Arts guitar gun-slinger Jimmy Law began playing with young Joe Babick (drums), a student at the Count Basie Theater program in Red Bank, NJ. Lightning struck when they were introduced to Berklee School of Music student and bass player Sam Lucid, who immediately suggested fellow Berklee student and keyboard player Jeremy Kaplan. The addition of fellow Berklee student Brian Murray (guitar) in 2019 made for the quintessential final piece in the Dogs’ puzzle.

A string of successful local shows drove the development of a massive northeast fan base, affectionately known as the Dog Pound. The band’s astronomical growth culminated in an epic, sold-out performance at the legendary Stone Pony in Asbury Park during the summer of 2021. Armed with a fresh batch of new material, Dogs in a Pile is taking its perpetually evolving testament to the Great American Songbook on tour in 2022, visiting plenty of new cities and spreading good music and good energy to good people along the way. 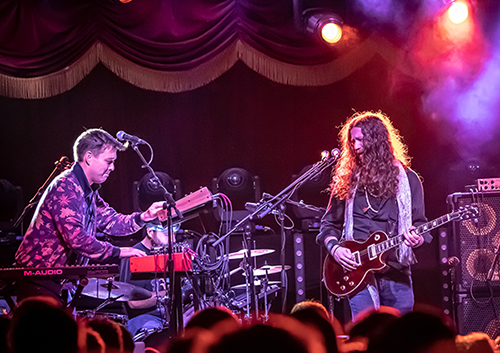 The literal definition of Escaper is "one who breaks free from confinement".

The band released their 3rd album on Ropeadope Records in 2020 which was met with critical acclaim including being named a JamBase “Release Day Pick”. Named “On the Verge” by Relix Magazine (full page in print edition).

The band has welcomed sit-ins on stage with members of the Disco Biscuits, Brazilian Girls, Thievery Corporation, Rubblebucket, Cabinet, Turkuaz and more. They have also shared bills at venues such as Bowery Ballroom, Brooklyn Bowl and Irving Plaza with Jon Fishman (Phish), Karl Denson, Start Making Sense, Aqueous, Electric Beethoven, The DAB Sessions (ft. Aron Magner & Felix Pastorius). They have been seen at festivals such as Elements:Lakewood, Adirondack Independence Music Festival, A Bear's Picnic, DiscJam, Grateful Getdown, Karnival of the Arts, Rock n Roll Resort and Mazzstock. Featured on radio such as WEQX and WFOX.

"With multifaceted, oftentimes soaring jams, Escaper’s opening set of tunes set a groovy and rocking vibe for the rest of the evening.” - Jambase