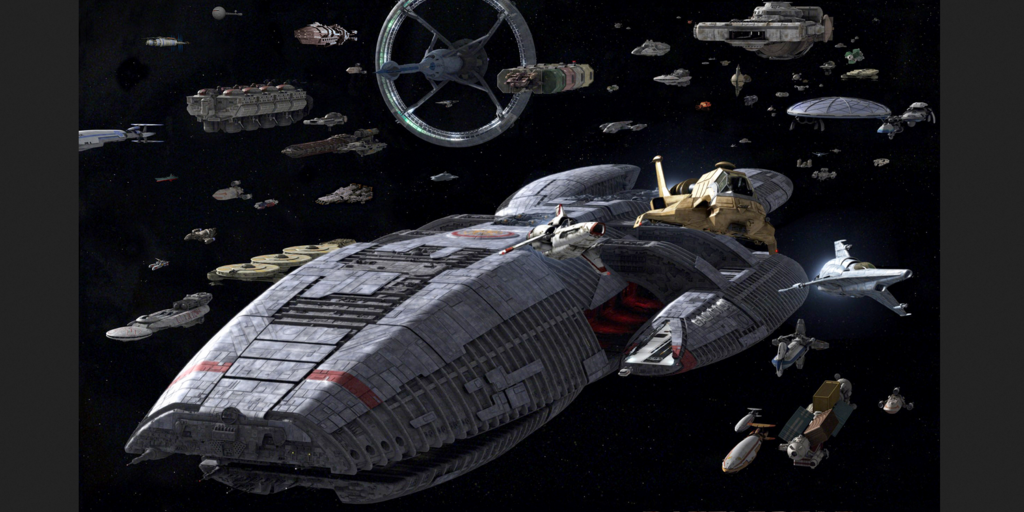 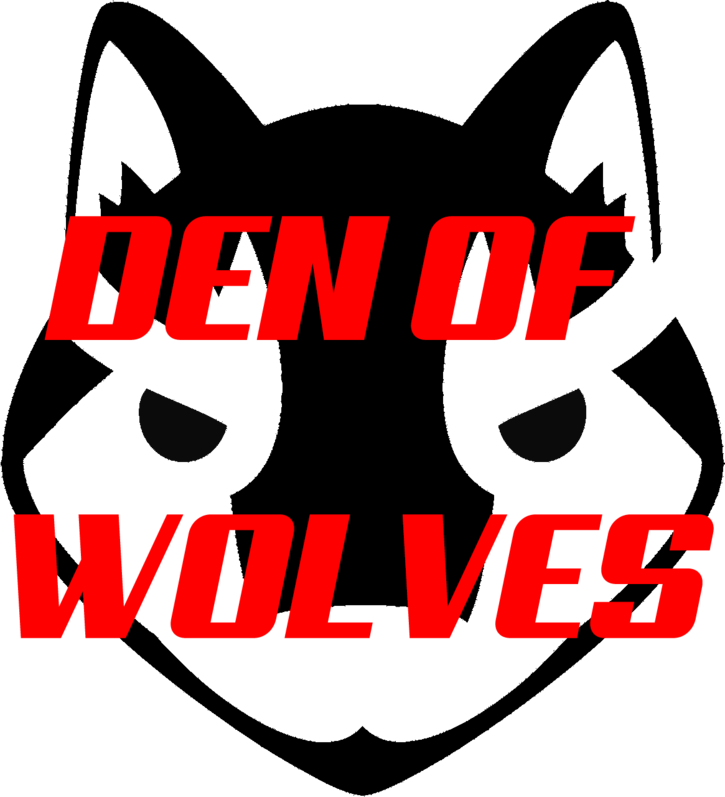 Den of Wolves, written by John Mizon, is a megagame about politics, survival, and paranoia in the 27th Century.

What is a Megagame?

"A megagame blends aspects of board games, LARPs, wargaming and role-playing into a totally new thing; a megagame!

Megagames generally last a full day and are split into turns, with anywhere from [dozens to hundreds] of players playing the same game. Players form teams and play specific roles where they usually have to manage resources and work towards objectives in the universe the designer has created. The megagame designer sets up the initial background and objectives and players are free to take the story in whatever direction they please, based primarily on starting briefs and their own imaginations." -Megagame Assembly Website

For a look at what a megagame is like, Shut Up and Sit Down did a video on a different Megagame hosted in the UK.

In Den of Wolves, players represent a fleet of refugee spaceships, escorted by the Battleship Aegis, fleeing from a catastrophic attack by a ruthless enemy. The vessels in the fleet are trying to survive in the midst of a crisis. Some players are civilians whilst others are representing government and military elements of the fleet. This game is about interactions between all of these different entities.

If you have any questions about this particular event, you can contact us at: staff.empyreangames@gmail.com

Early Bird tickets are available for $25 until December 11th where they will bump up to $30, so register before then to save some money!

Players in this game represent the senior roles in both civilian government and in command of the fleet's various starships. The Basic Roles are listed below, and you can review the rules handbook for descriptions of each.

Please register earlier rather than later as we will be starting the game exactly on time!

Drinks and snacks will be provided throughout the event as part of the ticket price.

Feel free to dress up for the event or come in your regular clothes!