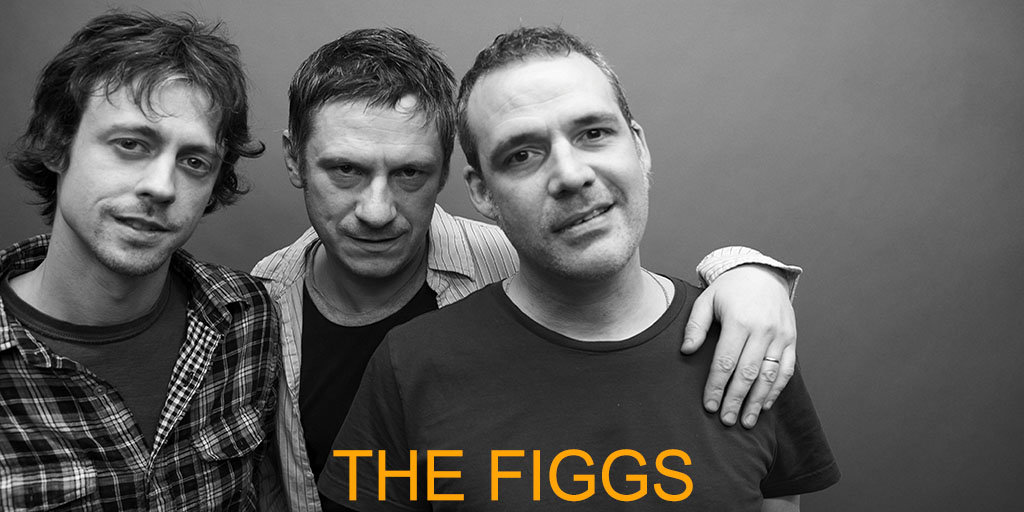 The tried and true band The Figgs, which has a worldwide fan base, a hearty discography, and has toured and recorded several times with the legendary Graham Parker, celebrated the year 2013 by turning 25. This occasion was made even more special by the release of “1,000 People Grinning: The Figgs Anthology”. It’s one of the band’s greatest achievements to date. And that says a lot as the Figgs (Mike Gent, Pete Donnelly and Pete Hayes) have been playing together since the trio was in high school in Saratoga Springs, N.Y.

Since the rock outfit’s inception in 1987 the band has spent the better part of the past 25 years touring, recording and working on a variety of acclaimed side projects.

The Anthology’s 25 glorious tracks are stuffed with Kinks-inspired power and melodies, vibrant harmonies and sonic experimentation ala The Beatles and the best of The Band, a touch of NRBQ’s stoner grooviness and a grit and youthfulness akin to the best rock bands from The Who to the Ramones.

Graham Parker came across the Figgs after the band signed to Capitol Records (which released The Figgs’ 1996’s Banda Macho) recruiting the band to back him on tour. A 1997 double-album live release on Razor & Tie, The Last Rock N Roll Tour, was the fruit of that initial tour, but the band has continued to work with the iconic singer-songwriter, including the 2010 live Graham Parker DVD Graham Parker & the Figgs: Live at the FTC.

Although the three band members now live in Boston (Gent), New York (Hayes) and Philadelphia (Donnelly) respectively, they frequently get together to tour or record whenever possible.

There’s no question the Figgs are one of America’s most enduring rock ‘n’ roll bands. The new Anthology is a testament to their sheer love of music, as well as their drive, energy and power as one of America’s greatest, yet grossly unknown, rock bands of the past 25 years. 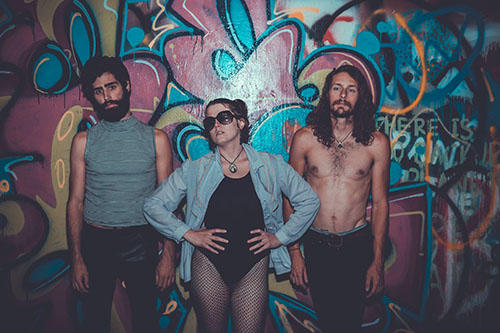 Troy, NY’s Candy Ambulance are Jesse Bolduc (bass), Jon Cantiello (drums) and Caitlin Barker (guitar, vocals). Formed in 2014, the trio have been honing their songwriting and touring around in a Toyota Corolla these past 5 years. Their upcoming LP, Traumantic (recorded and produced by The Replacements’ Tommy Stinson), boasts raw, emotive lyrics, poppy grunge hooks and slide guitar collaboration from the ever so talented Josh Marre (Pinegrove, Blue Ranger).

Barker says the album is about “the sum of my life’s experiences with men, abusive power dynamics in relationships, therapy, and how I relate to people from those experiences. Its rough around the edges. So am I. I was blackout drunk for all the vocal tracking.”