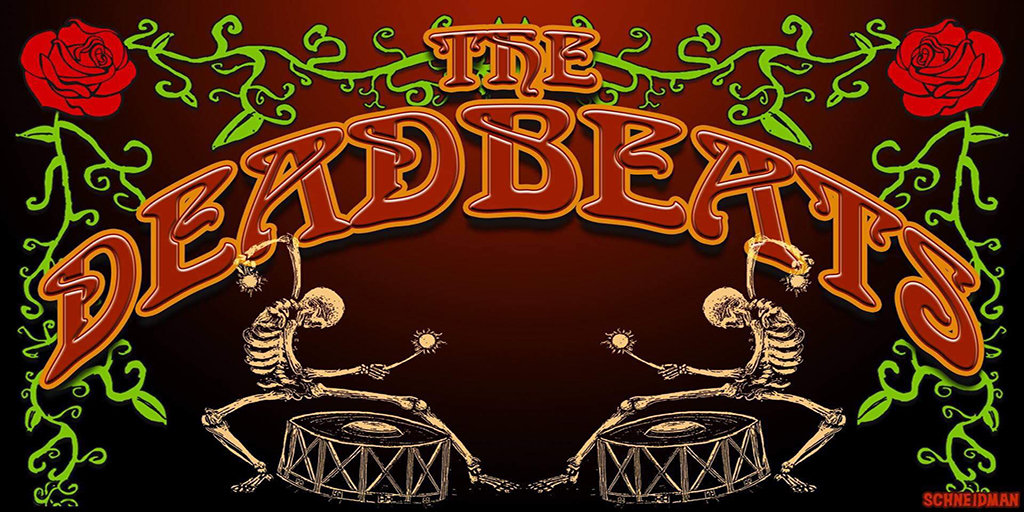 The Deadbeats are a five piece Grateful Dead Tribute act with a history of over 25 years together. They are based out of NY’s Capital Region and have played thousands of shows along the East Coast, from Canada to Key West.

2020 marks the beginning of the five piece band. With the addition of rhythm guitar, the band is poised to go even deeper into the Grateful archive and be able to pull out even more of that classic sound the Grateful Dead catalog emanates.

Saratoga Living Magazine ranked them in the Top Five Local Tribute acts of 2019. They were voted Best Jam Band of 2017 in The Capital Region of NY, and they took second place for Best Cover Band and Best Tribute Band.

Longtime members Mike Johnson, Denise Parent and Brian Miller have kept the band together for almost three decades, and they have not missed a beat. Brian Mangini (Ominous Seapods, Raisinhead, Moepods) and Dan Gerken (Groovestick, Timbre Coup) add some incredible rhythm and color to the band’s tapestry of sound.

After 27 years, the band is still rockin the music of The Grateful Dead, JGB, Phish, The Beatles, Bob Dylan, The Band, Aretha Franklin, Bob Marley, Janis Joplin and so much more.

Their Grateful Dead/Phish inspired shows are a celebration of improvisational, jamming rock & roll. As a result of playing over a quarter of a century together, they have amassed a large and loyal following of fans who appreciate the open ended, participatory nature of their performances.

Working without a net, their set lists, arrangements, and jams are all left open to the inspiration of the particular moment, drawing in the crowd as active participants in the creative process rather than just spectators. It is a unique experience and it has been this commitment to these musical and philosophical ideals that has set The Deadbeats apart.

The Deadbeats have an inexhaustible repertoire, and they are always adding more songs to the 300 plus catalog. They are actually able to please most of the people most of the time.