FOMS Concert | In Dreams And Memories 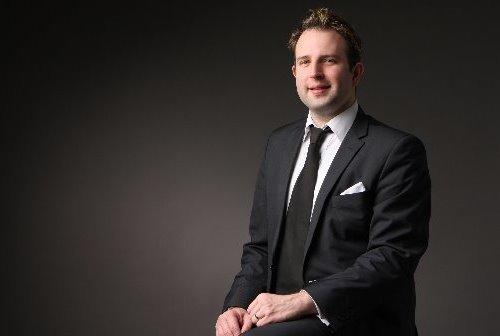 FOMS is an annual fundraising music project supporting emerging musicians with a concert opportunity, as well as fundraising for relevant artist opportunities, in partnership with St George's Travancore (who provide delicious refreshments following every concert)!

50% of your ticket money goes straight to your FOMS performer

25% supports our 2019 FOMS fundraising goal: A professional digital recording session for each of our seven FOMS performers (valued at over $2800).

Look out for 3MBS appearances, Facebook live-streaming, CutCommon and Rehearsal magazine write-ups, and other exciting activities happening for 2019 FOMS.

In Dreams And Memories

The works presented are all world premieres, written and conducted by Christopher McLeod.

In Dreams And Memories: Symphony for Narrator and Chamber Ensemble in 8 Movements

I. Song for Holly

III. Her Goodbye Is On The Wind

IV. And I Looked Into The Mirror

VII. In My Sweetest Dreams

Christopher McLeod is a Melbourne-based Music Director, Hornist, Composer, and Conductor, currently serving as a freelance Music Educator. A classically-trained Hornist and Trumpeter, Christopher was drawn to Musicals from a young age, both as a player and as a conductor. Subsequently, his knowledge of the repertoire has been described as “savant”, and his playing “sensitive and chameleonic, equally at home with Gershwin, Bernstein, Sondheim, Rodgers, or Menken”.

In the spring of 2013, Christopher served as Music Director and for the seminal Broadway classic West Side Story with Ad Lib Children’s Theatre. The luscious and technically challenging score of Bernstein ignited his passion for stagecraft and musicality. This has transferred over to his approach as a Musical Director.

Christopher has a firm belief in the ability of the theatre and music to transform lives through the raw energy that can only culminate when music, dance, and acting come together in a way that only theatre can do.

Previously, Christopher served as a Hornist and Trumpeter for many orchestras and productions. Among his past projects, Christopher worked as a Hornist and Trumpeter for: The Little Mermaid, Beauty and The Beast, A New Brain, Little Miss Sunshine, Guys and Dolls, Into The Woods, Camelot, The King and I, Annie, The Sound of Music, HMS Pinafore, Iolanthe, Fiddler on The Roof, The Secret Garden, Hairspray, Phantom of The Opera, Funny Girl and more than fifty other productions. He made his stage debut with Melbourne City Opera’s 2010 production of La Rondine.

Christopher studied Trumpet at the Melba Memorial Conservatorium of Music, completing a degree in Trumpet under the tutelage of John Grey and Sean Priest, and second study in Piano under the tutelage of Rosa Scaffidi. He studied Choral Conducting under the late Ian Harrison. He is currently under the tutelage of Roland Yeung. Christopher served as Principal Horn of the Victorian Youth Symphony Orchestra for six years before branching out as a freelance musician, conductor and pedagogue. He maintains a busy private studio in Melbourne specialising in technique for performance anxiety, with students undertaking a range of musical outcomes. He is a proud member of the Australian Band and Orchestra Directors Association (ABODA) and a firm believer in professional development and life-long learning.

Christopher works throughout the state with various schools tutoring in Brass, Voice, Percussion, and Piano. In 2014, Christopher began the process of writing These Days: a new musical based on the life of the fictitious writer Napoleon Carmichael and fashion designer Melody Chan. As a musician, he has worked with such luminaries as Leo Sayer, The Melbourne Symphony Orchestra Symphony in a Day project, The Melbourne Symphony Orchestra Chorus in national broadcasts, and various Brass Bands in national radio and television broadcasts.