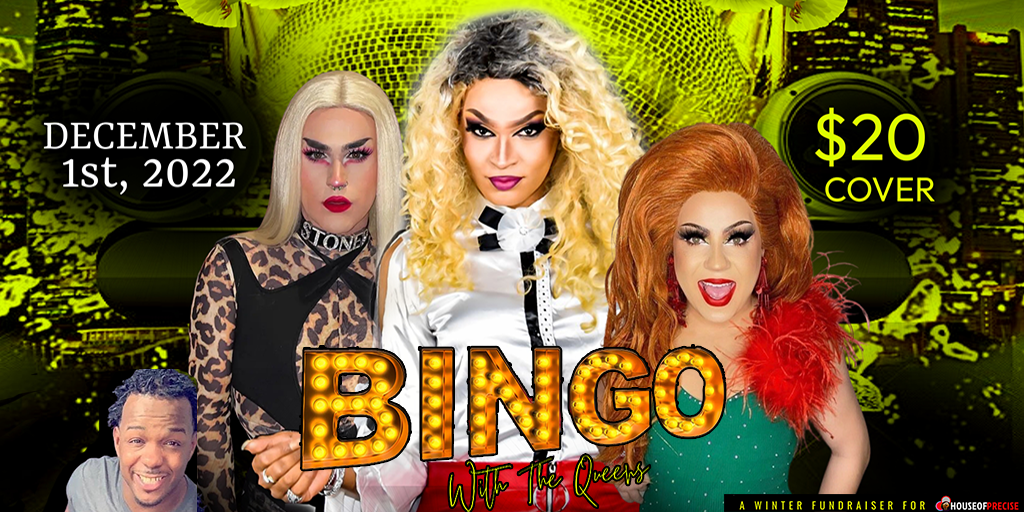 Bingo With The Queens: Winter Fundraiser for House of Precise

Join Saratoga Pride, Putnam Place and House of Precise for a night of Drag Shows and Bingo featuring London Jae Precise, Amanda Blair and Rosetta Stoned, plus beats by DJ Ricki Rick. This event is a fundraiser for the House of Precise and, as such, we will also be collecting items from the donation list down below.

London Jae Precise, CEO and Mother of The House of Precise Inc., a non-profit building shelters for homeless youth in the Hudson Valley. Originally from Brooklyn, growing up in both the NYC Ballroom scene & Albany Social scene, London was on her own at a young age and built up the courage to follow her dreams of becoming an entertainer, a world leader and community servant.

With several pageant titles, a N.Y. headlining status and 3 weekly shows including the Legendary Stonewall Inn (NYC) & Rocks (Albany,NY), London continues to create a meaningful impact on the lives of many. Her #1 goal is to help build equity in black and brown communities, to implement structures of unity, love, acceptance leading to success. Enjoy her Beyoncé impersonation or her heartfelt live vocals! London is a mother of many, a trustworthy individual with the willingness to help those in need & a powerhouse on the stage.

At House of Precise, their focal point is addressing the needs of the homeless, infected and affected population, with the mission of reducing the percentage of at-risk homeless & HIV-exposed youth in the 518/Hudson Valley areas. This is achieved by providing a safe place of refuge during unforeseen circumstances, homelessness and rejection, including but not limited to rental assistance, utility emergencies, etc. With partnerships such as Albany Medical Center, Mercy House, Equinox, and Job Corps, to name a few, House of Precise receives weekly phone calls and updates regarding urgent housing requests specifically for TNGC individuals. The need for short- term and long-term assistance has grown immensely over the last 5 years, including individuals impacted by the pandemic. 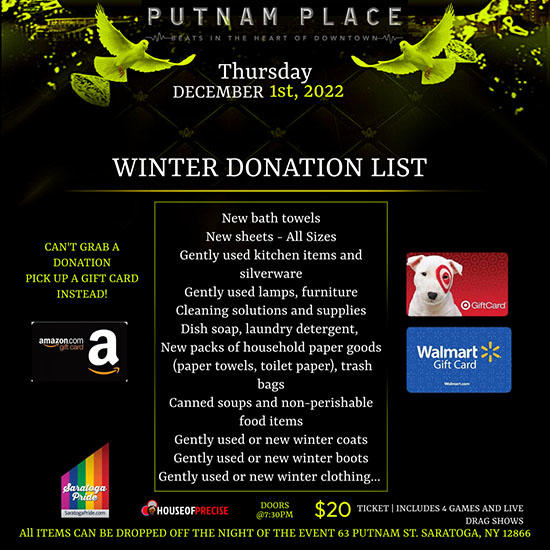 Saratoga Pride is a network of LGBTQ community members and allies dedicated to: