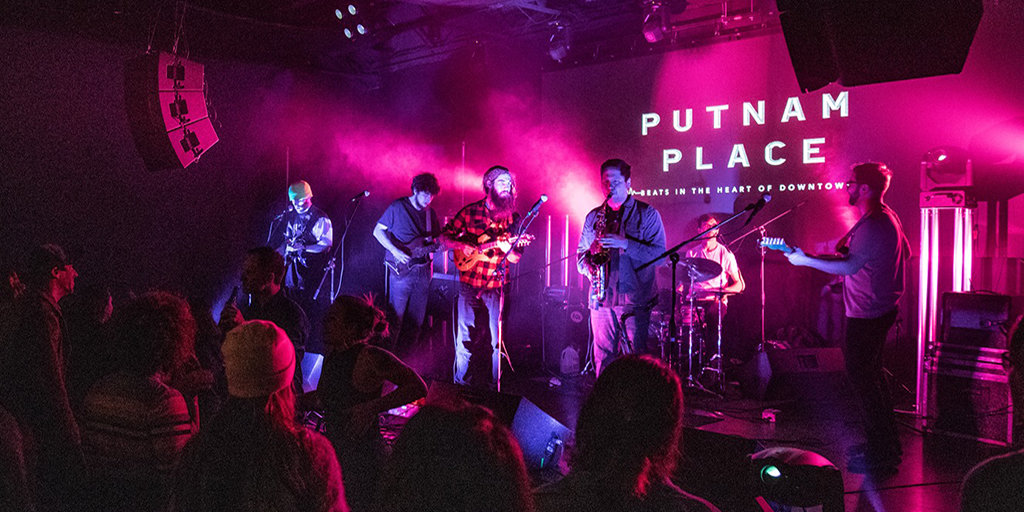 Grab your friends and join Let's Be Leonard for their big return to Putnam Place!

Let’s Be Leonard is a rock ‘n roll jazz explosion out of Upstate NY that bursts at the seams of tight, lyrical pop ballads with a daredevilish, looney jam band quality that'll hook you like a lil fish. A full­fledged caravan, all five band members quit their jobs, invested what money they had into equipment and a tour bus, and have been living together in a music­centric collective lifestyle since early 2015. They are the darlings of their hometown, Saratoga Springs, NY, where local radio stations WEQX 102.7 FM, and WEXT 97.7 h​ave kept the singles from their debut album "C​OW.​“, Kindergarden Blues and Frisbee on steady rotation, and where their renowned barn parties have been known to draw crowds of just over six hundred. They landed their track (also from C​OW.) ​Rocky Road on Relix Magazine's​ 2​016 January/­February compilation album​, alongside tracks from Tedeschi Trucks Band, Twiddle, and Lettuce. Let’s Be Leonard spent much of 2016 on the road, completing two national tours to Austin, TX and San Jose, CA and seeing some noted successes in Colorado and along their Midwest route. Catch em in the northeast in between tours in their flagship pick tour bus. Hoochibah!