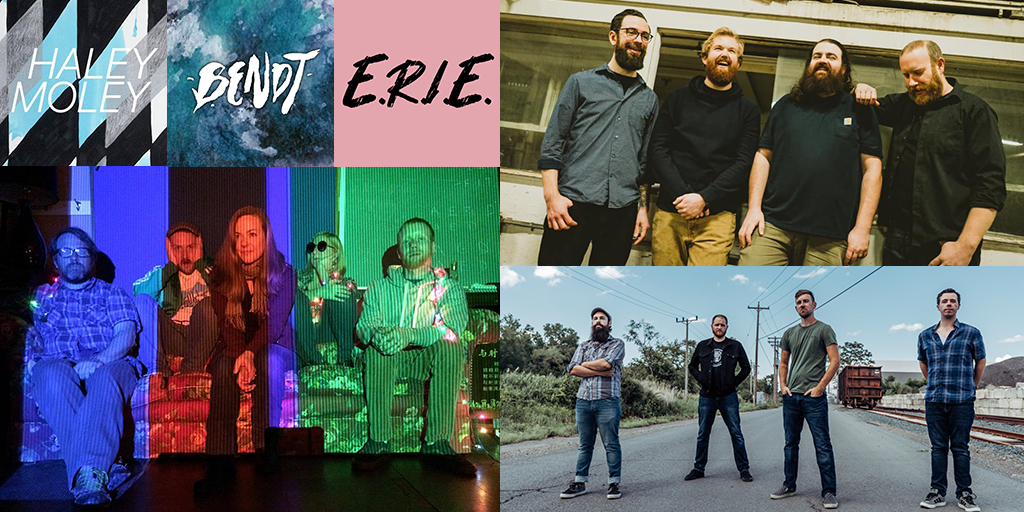 With lyrical grit, dynamic grooves, and atmospheric, yet driving melodies, Bendt has carved a distinctive sound into the face of modern rock. Formed in 2015, Bendt evolved out of the crucible of the Albany, New York music scene as a passion project between friends. Bandmates Matt Plummer (lead vocals/rhythm guitar), Carl Blackwood (lead guitar), John Longo (bass), and Cody Bingham (drums) work to craft a unique presence, one that draws from their individual musicianship and shared love of hard rock, alternative, metal, and funk. As Bendt’s songs leap between soaring riffs and emotive screams, to unusual time signatures and bass-heavy flows, the band captures something that is universal while simultaneously personal and immediate.

E.R.I.E is an indie/pop/punk/rock quartet from Albany, NY. The expanded version of their debut, "Don't Wanna Live, Don't Wanna Die" was released in 2020 on Mint 400 Records.