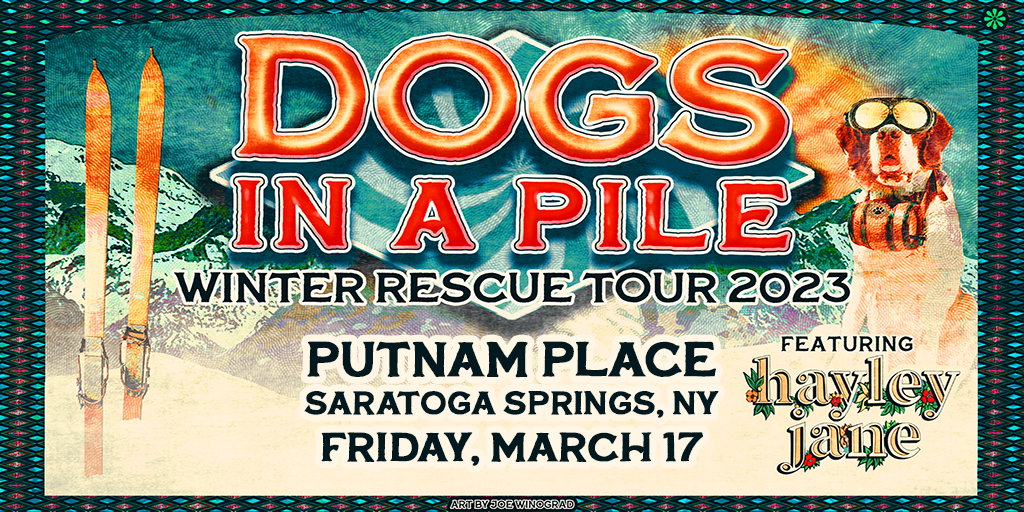 Dogs in a Pile with special guest Hayley Jane

The sandy shores of Asbury Park, New Jersey are hallowed ground in the northeast; the rolling waves have ushered generations of venerated musicians to worldwide acclaim. Dogs in a Pile, an eclectic quintet, has emerged as the heir apparent to the town’s rich musical legacy. Merging funk, jazz, and rock and roll with psychedelia, the quintet presents a completely original vibe built on kaleidoscopic soundscapes eerily reminiscent of the days of yesteryear.

Dogs began when Philadelphia University of the Arts guitar gun-slinger Jimmy Law began playing with young Joe Babick (drums), a student at the Count Basie Theater program in Red Bank, NJ. Lightning struck when they were introduced to Berklee School of Music student and bass player Sam Lucid, who immediately suggested fellow Berklee student and keyboard player Jeremy Kaplan. The addition of fellow Berklee student Brian Murray (guitar) in 2019 made for the quintessential final piece in the Dogs’ puzzle.

A string of successful local shows drove the development of a massive northeast fan base, affectionately known as the Dog Pound. The band’s astronomical growth culminated in an epic, sold-out performance at the legendary Stone Pony in Asbury Park during the summer of 2021. Armed with a fresh batch of new material, Dogs in a Pile is taking its perpetually evolving testament to the Great American Songbook on tour, visiting plenty of new cities and spreading good music and good energy to good people along the way. 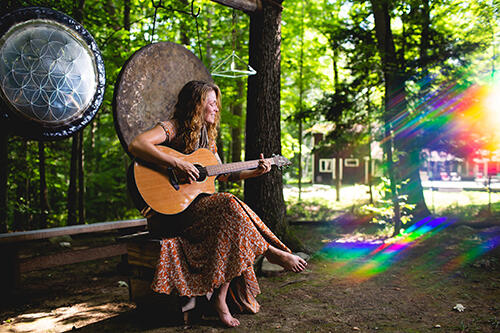 Hayley Jane will perform a special opening set with Dogs in a Pile as her backing band.

Hayley pulls inspiration from a variety of styles, including 60s + 70s rock + pop, musical theater, folk, blues, soul, psychedelic, funk + bluegrass. Just as varied, are the many ways she can captivate an audience. Whether the concentrated potency of her solo acoustic performance, the explosive energy + movement of her full band shows, or one of her theatrical performances, she always brings the charisma, humor + passion to move an audience.

Her music has been praised by a wide range of musicians, producers + music lovers alike, for successfully combining a diverse sound with clever, over-the-top lyrics + Vaudevillian-style storytelling. Hayley reawakens her audiences to the wild parts of themselves, great medicine for these modern times.