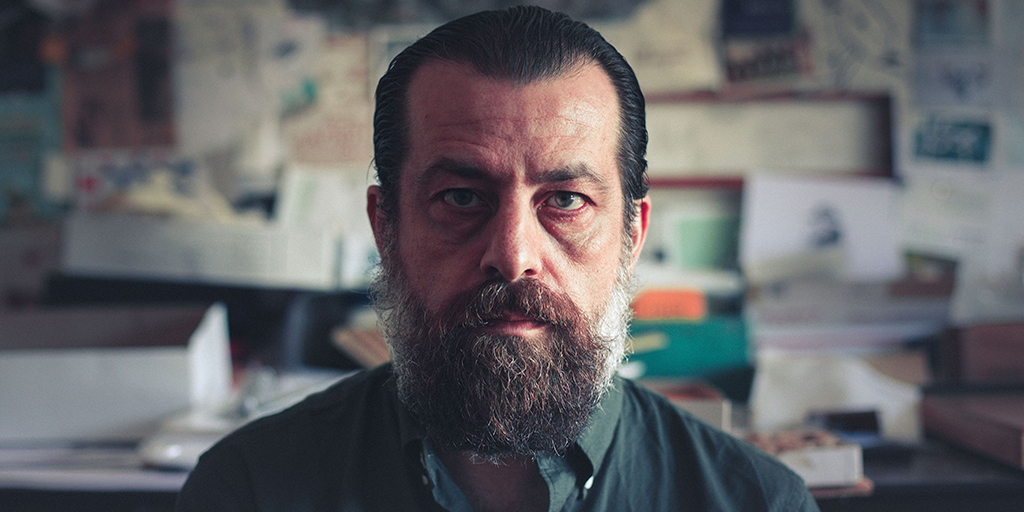 Though he grew up in the generally frozen landscape of Troy, New York, Sean Rowe spent many of his formative summers in DeLand, Florida —a small town between Orlando and Daytona Beach —where his father was a residential caretaker at a home for troubled youths. It was there, in a mercifully air-conditioned, mostly unused building filled with donated musical instruments, that Sean taught himself to play drums and then bass. For those who have wondered where his distinctly low and percussive approach to guitar playing comes from, I believe you now have your answer.

During those same years, when he wasn’t listening to heavy metal or building his early musical chops, Sean was in the woods exploring, foraging, and obsessively learning all that he could about the natural world around him. Since then, his fascination with the subject has only grown and through his new web-series, Can I Eat This?, he’s found a means of indulging two of his great passions: music and nature. In each of the forthcoming episodes of Can I Eat This?, Sean will guide a fellow musician on a foraging mission for all manner of wild foods. The two will use their harvest to prepare some tasty creation and end their adventure by performing a cover song together. Look for new episodes this summer!

This year started with a successfully-funded Kickstarter campaign to support the production of Sean’s new full-length album. For this record, he teamed up with longtime producer and friend Troy Pohl, who helmed production on the albums Magic, Madman, Her Songs, and various other EPs. The two traveled to Eau Claire, Wisconsin to team up with producer and multi-instrumentalist Shane Leonard and engineer Brian Joseph at Joseph’s famed Hive Studio. All involved have described the experience as something quite remarkable and Sean is eager to release the finished work later this year.

Over the course of his career, Sean Rowe has recorded five full-length albums and several EPs. His music has been used widely throughout film and television, with notable examples including NBC’s hit dramas The Blacklistand Parenthood. Rowe’s song “To Leave Something Behind” was one of two non-score tracks to be featured in Ben Affleck’s hit 2016 feature film, The Accountant. The song accompanied the film’s final sceneand has since received nearly 4.5 million streams on Spotify alone. He tours nearly nonstop and later this year, he’ll return to Europe for two weeks with stops in the U.K., Netherlands, Sweden, Norway, and Germany.