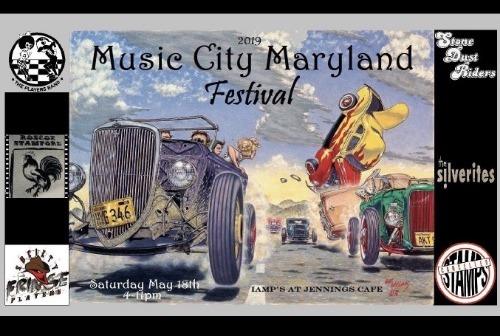 The Music City Maryland Festival celebrates the world premier film release of Catonsville: Music City Maryland. This first annual festival will be held after the film premiers on Saturday May 18th from 4-11pm on the parking lot behind Jennings Cafe. Several bands from the film will be performing and there will be beer and food vendors. Performing will be The Silverites, Roscoe Stamford, Cancelled Stamps, Stone Dust Riders, Society Fringe Players, and the Players Band. Sponsored by Iamps at Jennings Cafe, Bills Music House, and Sun Rider 9 Productions. Event is rain or shine.